A Picture That Was Never Taken 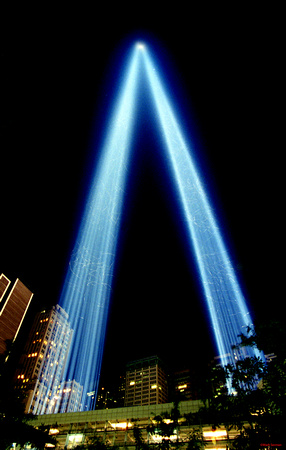 9/11 Memorial LightsBeams of light projected from the Battery Park garage on 9/11 every year.